ClubRunner was very present the Rotary International Convention
Montreal, Quebec Canada
Saturday, June 19 - Wednesday, June 23
Did you a chance to meet the faces of ClubRunner, share your user experiences, learn how you can participate as an honorary member of the ClubRunner Team and attend the unveiling of ClubRunner's Website Designer!

If you did, enjoy the memories below...if you did not, check it out and get a glimpse of ClubRunner's spectacular week!

ClubRunner Launch Party at RI Convention 2010 was a Blast!

On June 22, hundreds of Rotarians participated in ClubRunner’s launch party to celebrate the entrance of a new era! With the Launch of Website Designer 2.0, many current and prospective users viewed the demonstration of how they could make their club and district sites truly distinct and unique and display all the wonderful activities going on in their community! 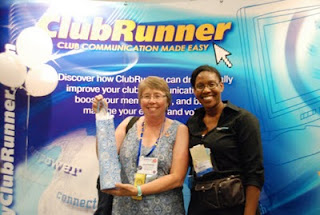 Many entered the raffle draw to win an iPod® Touch, but it was awarded to one lucky ClubRunner user – Suzanne Johnson from the Rotary Club of Middle Island. Immediate Past District Governor John Gill of District 6040 helped us to pick the winners and fellowship with all Rotarians who were there! Other items won include free one year subscriptions to ClubRunner and will be announced within a few weeks to all who visited the ClubRunner booth. 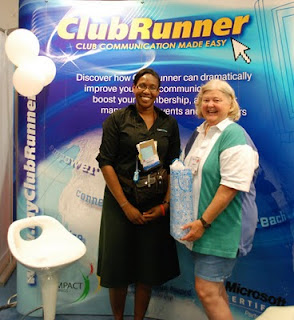 During this party we also celebrated our Champions, who were and continue to be instrumental in our success. As a special thank you, there was an exclusive raffle draw for them as well and the winner for her own personalized iPod® Touch was Ginny Sharples of the Rotary Club of Scottsdale North!

Topping off the festivities, everyone shared ideas and experiences while enjoying cake, truly making this event a memorable experience for all!

Stay tuned to see our complete photo documentary of this powerful week in ClubRunner and RI history - vive le Montreal!


ClubRunner and Rotary International Discuss the Future of Rotary

We had the great opportunity to chat with Peter Markos, Chief Information Officer and General Manager for Rotary International, about the future of Rotary and how digital communications will help bring the next generation of Rotarians. Peter mentioned how important communications and ease of participation is key for their organization, all while streamlining administration for clubs and districts.

The entire interview will be published live in our upcoming quarterly newsletter this September. If you're not already on the list to receive our newsletter and would like to, please sign up today!


ClubRunner supports Polio Plus with its "Stress Relief for World Relief " Program.

In an effort to support the Polio Plus Foundation, Club

Runner had globe stress balls in its booth for everyone who made a donation. It was a great hit, and just through people's generosity we were able to raise over $250 for PolioPlus. The ClubRunner team had the opportunity to present this to the Chairman of the foundation and also had the honour of sharing it with RI President Ray Klinginsmith. This is the first step in supporting ClubRunner's pledge to hit $5,000 in contributions for Polio. We will be sharing this magnificent journey with everyone on the ClubRunner Community site.

ClubRunner's anticipated 2.0 version came to reality and we celebrated with hundreds of ClubRunner users, as we unveiled the new version and helped customers kick off their new website. Website Designer is the first of several enhancements made in ClubRunner 2.0, and allows clubs and districts to easily personalize their website design using an intuitive dynamic design technology. 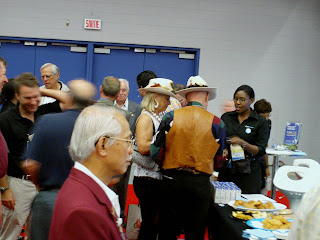 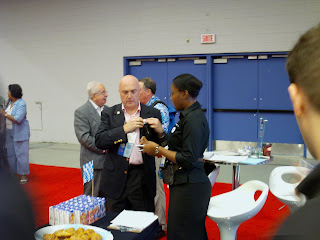 We're excited to have met with some ClubRunner Champions today at our meet and greet breakfast. These VIP users had the chance to interact and share tips, tricks and best practices. Some even stayed and jumped right in as an extended member of the ClubRunner team.


ClubRunner is at RI Convention 2010! 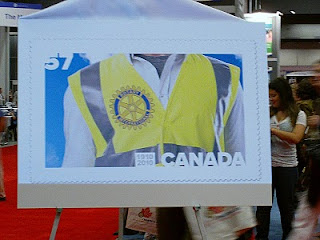 The 101st Rotary International Convention kicked off in Montreal today with the presentation of a commemorative Rotary Stamp from Canada Post. ClubRunner was honoured to be there for this day in history.
Stay tuned for daily updates about RI Convention 2010 and ClubRunner's presence!